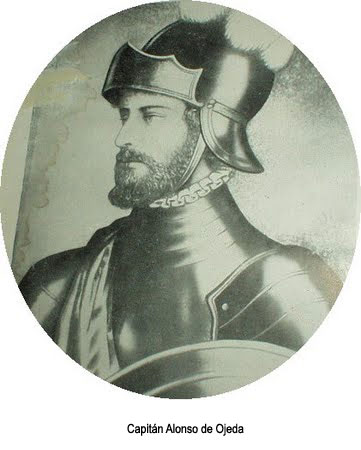 Burial: San Francisco Monastery in Santo Domingo (present Dominican Republic). Although his remains disappeared during a civil war that took place in this city in 1965. They are currently unaccounted for.

– Captain in the war of Granada.

– Warden of the fort of Santo Tomás (La Española) in 1494, the third Spanish establishment in America after Fort Navidad and La Isabela.

– First Spanish after Cristopher Columbus with permission to discover and conquer lands in the New World.

– He was elected by the Junta de Burgos in 1508 for the colonization of Tierra Firme, dividing it into two governorates: Veragua and Urabá. It’s this last one. Colonization in which it failed due to the tenacious resistance of the Indians.

– He participated in the war of Granada where he already showed his great military skills and courage.

– He accompanied Christopher Columbus in his second trip so he participated in the foundation of La Isabela.

– He defeated Caonabo in the fort of St. Thomas and the united indigenous tribes in coalition in the battle of Vega Real.

– In his trip with Juan de la Cosa and Américo Vespucci, he discovered the entire Venezuelan coastal region until Maracaibo, being the one who named it Venezuela when he saw houses built on the water that resembled a small Venice or Venice girl.

– He made the so-called minor voyages or Andalusian voyages to the New World.

– Married with an indigenous woman named Guaricha, to whom he named Isabel, with whom he had three children. Elizabeth was found dead on Ojeda’s tomb a few days after his death.

– It was his will that he be buried at the door of the Monastery of San Francisco de Santo Domingo (Dominican Republic) so that everyone who entered his tomb could step on it in payment for the mistakes he made throughout his life. And so it was done. 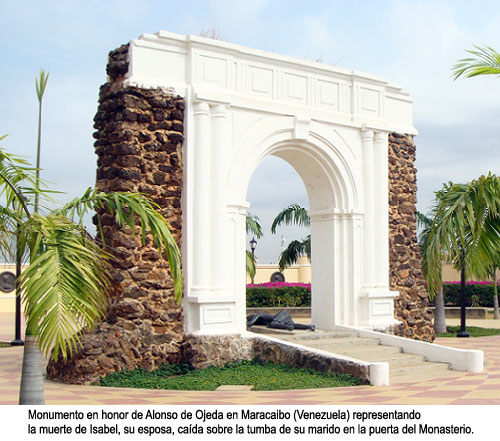 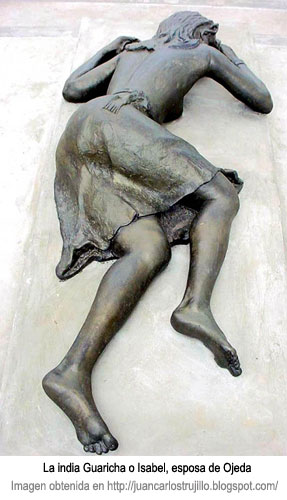