On July 2th,1502, the storm that Christopher Columbus had predicted and warned to Nicolas de Ovando its arrival at Hispaniola Island during his Fourth trip to the New World get Santo Domingo. He had taken refuge in the Azua port, about 100 km further west of Santo Domingo, almost in Jaragua. Being able to survive without major problems even though a couple of caravels were dragged out to sea but without major consequences. They finally managed to get together and continue their journey to Cuba. 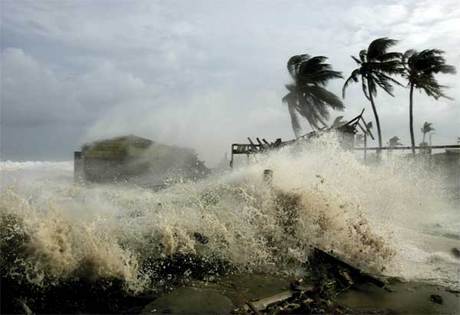 One of the worst consequences of this hurricane was the sinking of a flotilla of ten or twelve ships that had just left Santo Domingo and in which they were travelling back to Castilla Bobadilla and Francisco Roldán, among others. Important documentation of the government of Bobadilla was also lost, including the residence that Ovando practiced for him by order of the kings. This is the reason why at present there are not many documents that tell the story of the fifteen months of the government of Columbus’ replacement, although many of the facts have been recorded in the various lawsuits that arose subsequently.

The capital of the Hispaniola island, Santo Domingo, was razed to the ground. The hurricane completely destroyed the forty-five bohios and the few stone buildings that existed, the fortress and little else. The Spaniards, who had never seen a storm of that kind before, were absolutely perplexed, and not least the new governor, Nicolás de Ovando, who had to start building the city again. 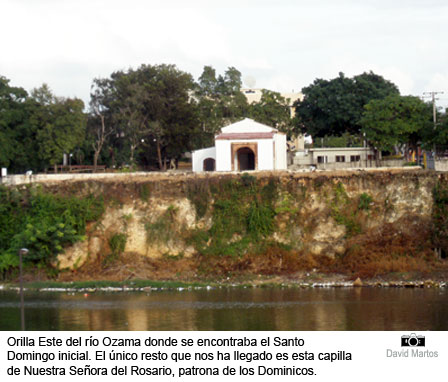 At that time the city was located on the eastern margin of the Ozama river. Their location had sparked some controversy as those coming from the Haina and San Cristóbal mines from the other shore had to cross by boat, which was quite uncomfortable and they had to pay the corresponding fee for the use of the boat, something unwanted by anyone.

Taking advantage of this complete destruction Ovando, after consulting with his neighbours, decided to rebuild it in the west bank, facilitating access to it but had the problem of water supply, the fountain they used was on the old bank and for a while they had to transport the water in large jars crossing the Ozama, but soon discovered another source of water on this western bank

The construction of the new city was the first example of colonial urbanism that such beautiful and spectacular cities would produce throughout the continent. Ovando traced the new measures to string and carried out a division in quadricula, chose which would be the public places for fortress, town hall, hospital, church and others and proceeded to repare the rest of the solar so that each of them and within their possibilities would build their house

This time many of the neighbours chose to build their rock houses instead of leaves and woods; in the area several quarries were discovered with good building materials to make the task easier. With this frame, their houses would withstand better the storms and hurricanes that often hit the area. And thanks to this, we can still admire these constructions in the Colonial City of today’s Santo Domingo.