The Cristobal Columbus was none other than to find a new route that reached the coasts of the Asian continent by sailing westwards, that is, crossing the Atlantic Ocean, in those times better known as the Oceans Sea or the Dark Sea. 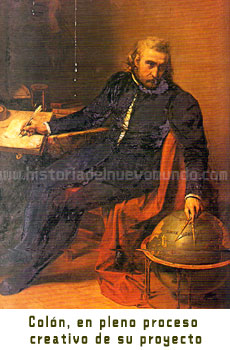 The reason for the search for these new routes was the occupation of Constantinople by the Ottomans, a zone of obligatory passage for the European countries towards the species trade, so that in order to acquire these goods they should do so with their permission and supervision, something that was unacceptable. In this race to reach Asian products in a different way, the Portuguese took advantage thanks to Bartolomé Dí­as, who turned the cape of Buena Esperanza in 1488 and sailed north on the way to Asia, but soon after a storm surprised them and nearly sinked the ships. Días wanted to continue the voyage but the crew rebelled because of the few provisions that remained and because the ships needed to be arranged for safe navigation. Seeing how ugly the matter was getting, the captain accepted the proposal and returned to Portugal. In the same way, Vasco de Gama would get to Asian lands in a trip that departed from Lisbon in 1497 and arrived in Calicut in India in 1498.

The idea began to haunt Columbus with the reading of certain works and documents that suggested this possibility of reaching the Indies through the West and in which calculations were made on the possible distances to travel. Toscanelli, a mathematician and Florentine astronomer, suggested that the circumference of the earth was about 30,000 km, when in fact it is about 40,000 km. So, knowing the distances from Europe to Asia through the east, he took it to deduce that Asia was at about 750 sea leagues (4,500 km), much less distance from what it really is.

Columbus also eagerly read The Journeys of Marco Polo, in which he recounts the adventures and experiences of the famous Venetian merchant and explorer on his journey to Catai (China) and the return trip through Malacca, Ceylon, India and Persia. With this book, he recreated in his mind how those very rich Indies who wanted to colonize and extract from them all the possible riches would be. He also consulted the Imago Mundi, a cosmographic treatise written at the beginning of the 15th century in which the sphericity of Earth and its rotation around the Sun was taken for granted.

Theory of the Prenauta, Alonso Sánchez 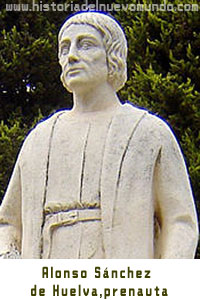 Another reason why the genovese embarked on this adventure was that Columbus picked up a nautical man named Alonso Sánchez, a Huelva sailor, who confided to him that a storm dragged his fishing boat in the ocean to unknown shores. They were received very kindly by native women of strange appearance and after a brief stay they prepared the ship for their return, only this courageous sailor. But Alonso arrived so battered and ill that he finally died while Columbus welcomed him into his home, a fact that has also stirred up bad tongues, claiming that it was Columbus who killed him so that the secret wouldn’t be passed on and thus ensure that only he knew it and, consequently, make the most of it. It is the history of Prenauta or Prediscoverer.