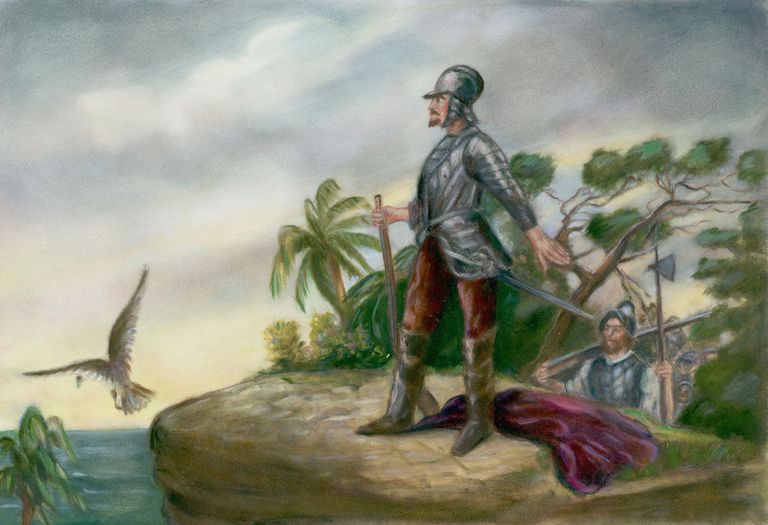 Most relevant facts starring Vasco Núñez de Balboa:
He arrived in the New World along with Rodrigo de Bastidas in 1500, and settled in Santo Domingo.

– He was one of the first explorers of the Panamanian coasts.

– He married the native Anayansi, daughter of the chief Careta, with whom he allied himself to defeat his enemy Ponga. And later he married María de Peñalosa, daughter of Governor Pedrarias.

I add a biographical video of Vasco Núñez de Balboa: