In 1484 Cordoba became the centre of operations of the Castilian armies in the Granada War. These armies had a magnificent organization that covered their most important needs, such as the supply, maintenance of artillery pieces, a true military health service where wounded soldiers, military engineers, pontoneros and masons who prepared the areas where they were going to pass for a better and more skillful movement and even to repair areas, mainly urban, damaged by the fighting.

In the 1484 campaign there was not much progress this year, the attack focused on the Malaga region where Alora fell and a little attack in Granada conquering the square of Setenil.

Fall of Ronda, Marbella and Cambil in 1485

In 1485, it was taken as a vital bastion since it opened the way to Málaga and in the middle of the year, it fell Marbella and Cambil (Jaén). As always, Muslim defeats were accompanied by the sultan’s discrediting of his subjects, which encouraged his local enemies to throw themselves at him and gain the total and unified power of Granada.

Civil War in the Nasrid Kingdom

This was the case with Abulhasán who confronted Boabdil again, falling defeated and abdicating in El Zagal, who entered Granada triumphantly after meeting along the way with a group of knights from Alcantara who he defeated and decapitated, showing his heads at the entrance El Zagal tried to capture Boabdil but he managed to flee to Córdoba to ask for help from his secret Christian ally. Troops and weapons were given to him to return to Granada to defeat El Zagal, which he achieved only in part, leaving the kingdom again divided in two. El Zagal ruled in the Alhambra dominating Almeria, Malaga, Velez-Malaga and the Alpujarra, while Boabdil stayed with the border cities. 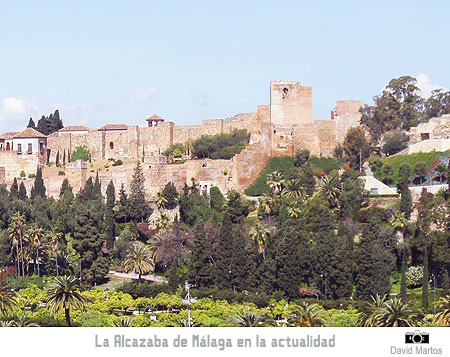 In summer, Malaga falls, a vital port through which Muslims received reinforcements and logistical support from the north of Africa, besieged from the sea by the Castilian and Aragonese navy. The stupor and despair that produced this defeat among the Granada people was such that, using diplomacy, the Castilians managed to surrender many cities and counties, such as, for example, Guadix, Baza and Almeria, given by El Zagal in exchange for keeping the royal title, their lands, vassals and a good annual income. Powerful knight is a gift of money and privileges.

In principle, the surrender of El Zagal must have meant the end of the war, but Boabdil did not fulfil his commitment to the Castilian kings because of the pressure exalted and fanatical Muslims put on him. These elements had concentrated in the capital of Granada fleeing from enemy campaigns and did not accept a surrender, moreover, made constant appeals to the holy war against the infidel. Boabdil feared for his life if he dared to show the slightest compliment or obedience to kings, so he opted for silence. 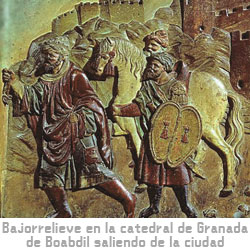 Construction of the Santa Fe camp near Granada

Almost all that remained was the city of Granada and its surroundings in the hands of the Muslims, who were harassed more closely when the Santa Fe camp was built, from which Fernando and Isabel would lead the final stage of the</strong war. The construction of this stone and brick camp lasted only 80 days and it was not only a great military and architectural feat, but also a serious psychological blow for the Granada residents, who saw in this operation the unequivocal intention that the siege of Granada would last a long time and the Christians would be relentless, as they were with the besieged people who did not surrender in Malaga sold as

Seeing the coming of several Muslim courtiers, they kept secret contacts with Hernando de Zafra, secretary of the kings, drafting the capitulation. The Islamic hierarchies knew that this surrender would not be well received in Granada, so the Catholic kings began an advertising campaign to convince them, sending a letter to their mayors and other municipal officials urging the people of Granada to surrender in exchange for extremely advantageous conditions and to avoid the punishment suffered by the Malaga residents.

An extremely harsh winter prevented the proper supply of food by causing famine in such an overcrowded city, which led to Boabdil surrendering in exchange for respecting the lives and estates of the surrendered, as well as their religion and laws.

On January 2, the Castilian troops took possession of the vital points of Granada at the express request of Boabdil who saw a serious danger of uprising among his people, ending the war of Granada and being absorbed the kingdom in its entirety by Castile.