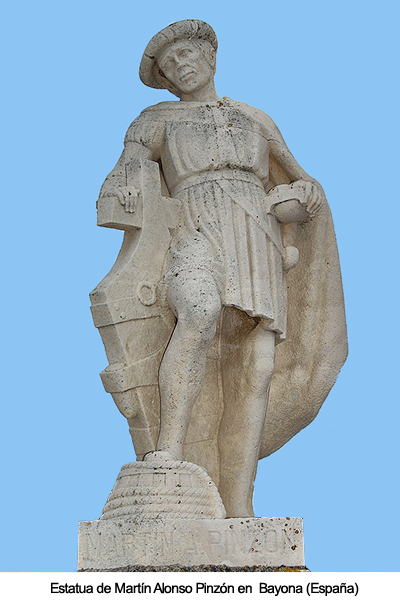 Charges:
– A seaman and discoverer from Huelva.
– Captain of the Pinta Caravel on the voyage of discovery of America.
– Co-discoverer of the American continent with Columbus.
– Discovery of Hispaniola Island and Jamaica.

Most relevant facts:
– After a trip to Rome where the Pope gives him access to valuable land information on the other side of the ocean, he decides to support Christopher Columbus in his intention to go to Asia from the West. He supports him from every possible point of view: with boats, crew, financially and also accompanies him in the expedition.
– Thanks to him the palms (inhabitants of Palos) was enlisted and comply with the order of the Catholic Kings to assemble two caravels for the expedition. Without him Columbus would have had a really bad time to complete the ships because no one trusted him and even less to embark on such an adventure. The participation of Martí­n Alonso Pinzón convinced them.
– His good disposition and knowing how to be avoided a failure in the first voyage of discovery by the anger of the crew to spend the days and not have land constancy. 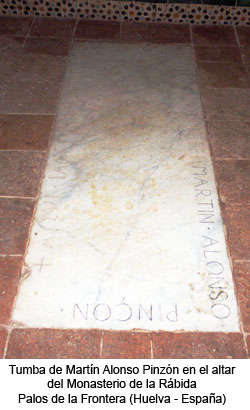 – Columbus severely criticized him for separating himself from them on the first voyage and sailing alone around several islands. As he did it out of greed and for first finding the gold that was supposed to exist in that area, and so aim for the goal. Several researches affirm that in his solitary voyage he paid for the islands of Hispaniola and Jamaica before Columbus did so he was considered the first European to see these American lands.
– He was one of the greatest sailors given by the Spanish navy, denigrated and forgotten by the historiography, both Hispanic and foreign.
– He died a few weeks after returning from the trip, suffering from a serious illness that came upon him on the return trip.