It’s the year 1508. Once the political and economic situation normalized in the Hispaniola island Nicolás de Ovando ordered to extend the borders of the new Castilian lands sending expeditions to Cuba and Borinquén (now Puerto Rico). For the first expedition, he sent the Galician navigator Sebastian de Ocampo. On this trip they were not going to stay in Cuba, but only to travel along its coasts completely to overcome doubts as to whether it was an island or a continental land as Columbus had claimed and what was its exact length. 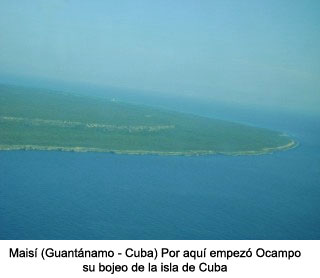 They departed from Santo Domingo in two caravels manned only by sailors. They took a northerly course across the strait that separates Cuba from Hispaniola and headed for the north coast of the island. The first Cuban lands they sighted were Maisí­ and Baracoa, continuing north-west they spotted the bahi­a de Gí­bara, discovered by Columbus sixteen years earlier, Puerto Padre, the bays of Matanzas and the port of Carenas or bay of Havana where they made stopovers to recognize and repair their ships.

Passing through the port of Carenas, they could see that in order to follow the coast line, they had to change their course further westward, it seemed that little by little they were going to find their way back. Finally, arriving at San Antonio Cape they turned south and soon after sailing, they identified the Cape Francés, in the west meridian 84 where the admiral turned around in 1494 when he sailed through the south of Cuba to see what Sebastian de Ocampo was doing: to know if it was an island or a continent. On that occasion, the haste he had led him to affirm that it was the Asian continent, he needed to bring this news to the kings in order not to lose credibility and thus continue his travels, and so he had it signed in a document to his fellow expedition. Among them Juan de la Cosa. 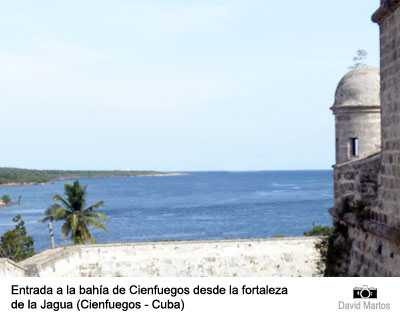 In the south of the island they discovered the magnificent bahi­a de Jagua (present-day Cienfuegos), where they rested for a few days in an indigenous village on a key now named Ocampo. They continued their bojeo by recognizing the coasts through maps that other sailors had drawn, proving that Cuba was definitely insular. And they also found it to be a fertile, peaceful and welcoming territory.

After eight months of travel they returned to Santo Domingo with the new certainty. Columbus was wrong. Only ten years later, seven Spanish villas had already been founded in Cuba.